The first official Council meeting took place on Monday, October 2, and Tuesday, October 3, 1961 at the Chicago-Midway House. Correspondence leading up to a formal meeting on October 12th, 1960 is not available. Larry Boyer brought together 19 people who gathered at the Chicago-Midway House to explore common problems. They spent the morning discussing necessary action at the national level with truck and trailer manufacturers to insure cooperation in the branch offices and the dealerships regarding handling of insurance claims. The ICC presented to the group requirements on lease agreements, and this was the beginning of an educational and cooperative endeavor.

Near the close of the meeting, the question arose as to the future course of the cooperation between the underwriters and the adjusters of long-haul claims and it was suggested that an organization be formed–perhaps a truck claim council. Such a council would embrace only those companies who were writing long-haul business and those adjusters who were full time in the business of adjusting long-haul truck claims. The qualifications for companies and adjusters involved rather stringent restrictions. However, the men in attendance had a common interest of getting the job done and they wanted it done correctly. These astute business men knew if they did not set a high standard, the group would be just another social gathering.

The truck claim council assembled on Thursday and Friday of March 2 and 3, 1961, again at the Chicago-Midway House. Rooms were $12 for a single and $16 for a double, and 18 attended. These men decided that the sole purpose of the council was to promote the welfare and the interest of the members through committees and projects. The projects suggested at this meeting were to secure uniform parts and labor prices throughout the country; to improve industry relations between the insurers, the adjusters, and the manufacturers; to improve salvage sales; and to secure prices of towing on a more uniform basis.

These 18 men, leaders concerned with our area of business, agreed that a final organization would form at the next meeting.

On Tuesday, May 16, 1961, the men agreed to set the truck claim council on a permanent basis. By a vote of 15 to 2, the insurance companies were allowed to be full participating members. Larry Boyer was elected Chairman; Bill Knight, Vice Chairman; Pryde Basinger, Secretary; and Don David, Treasurer. Through the efforts of Pat Patterson, they decided on a new name-Truck & Heavy Equipment Claims.

The fourth gathering was October 2 and 3, 1961. This was when the THECC became official. The bylaws committee, composed of Lloyd Huitt, Harold Johnson, Guss Houser, Al Worsley, and Jeff Truluck participated and they left the group with instructions to change, rewrite, and recommend a constitution and bylaws from their notes. They agreed to the annual October date since that was the current date a full year later. Five adjusters and seven companies were selected for charter Membership on the basis of their having attended at least three of the four meetings. On that Tuesday afternoon, the council voted to formulate itself under a Constitution and Bylaws. The Truck & Heavy Equipment Claims Council was off the ground. 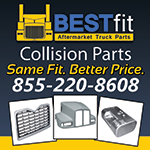 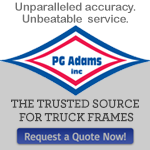 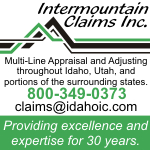